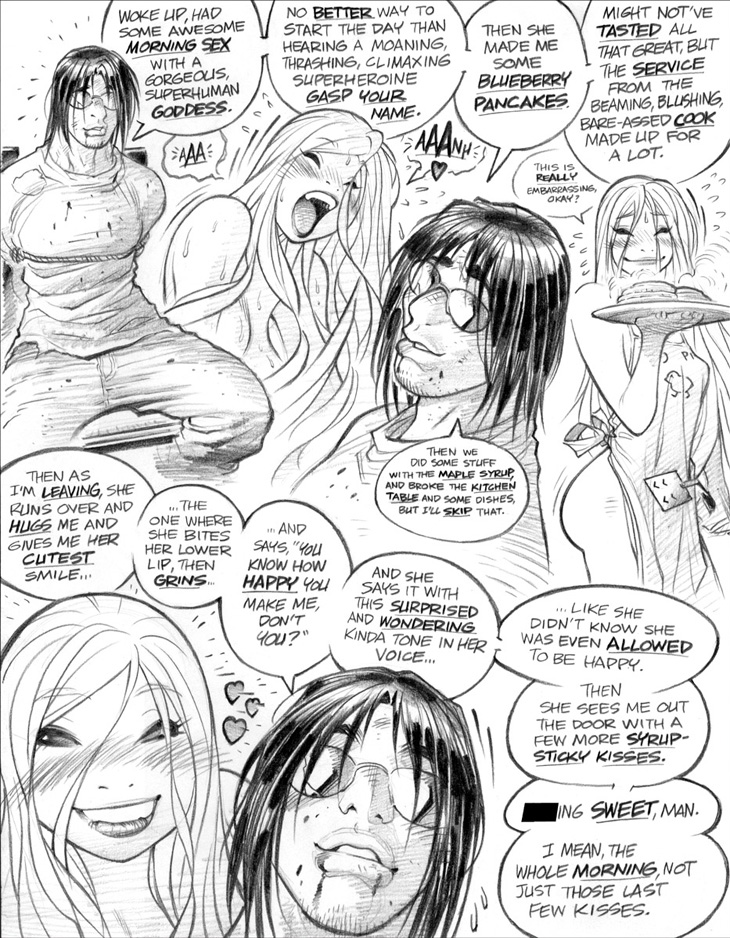 Here, we see an early example of what I call “overdialoguing,” a problematic narrative trend that will frequently plague (much) later volumes of Empowered. While I do think that Thugboy’s monologue still works reasonably well, it crowds too damn many word balloons on a single page. In my meager defense, the fact that I letter directly on the series’ original pages gives me a perverse incentive for overdialoging, as the more word balloons I script in any given panel, the less background artwork I’ll have to draw. So, yeahp, “mo’ dialogue” equals “mo’ faster page production.” This doesn’t really become a serious problem until roughly 400 pages from now, though, when the siren songs of increasing plot complexity and worldbuilding lured me even further astray into the peril of excessive dialogue.