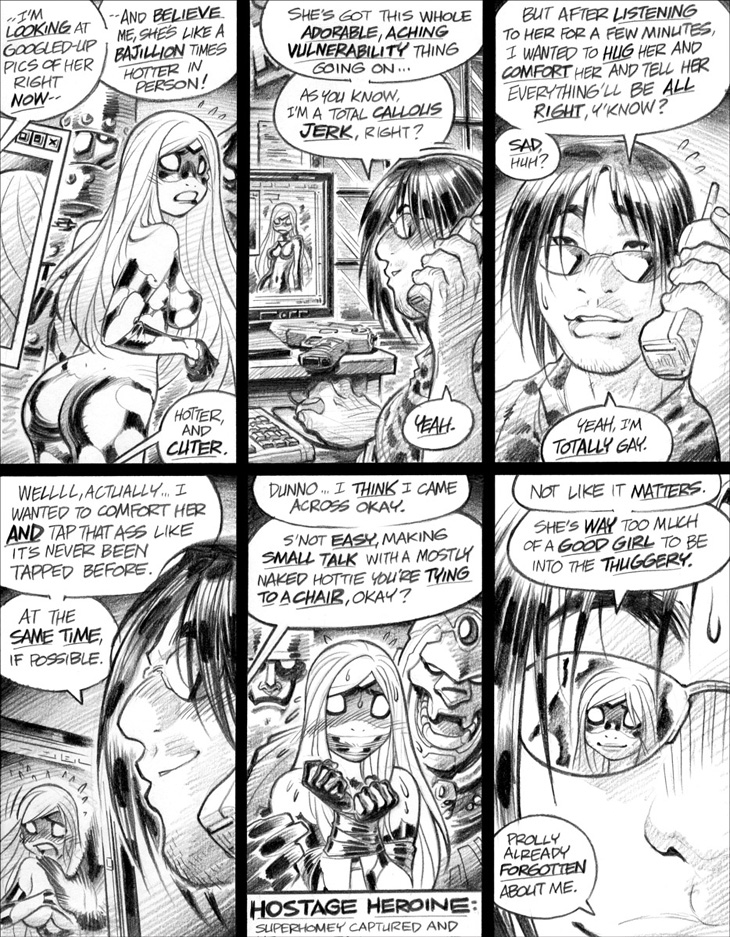 Interestingly, panel 2 implies that Thugboy—as yet still unnamed, here—had an apartment in Emp’s city, or was perhaps staying at a friend’s place. As my depiction of their relationship progresses at an incredibly rapid pace, Emp and Thugboy have already hooked up multiple times by the next story’s start, and he’s moved in with her shortly after that; his whereabouts before they began cohabitating are a bit of a mystery, I must admit. Uh, SPOILER ALERT, I guess?