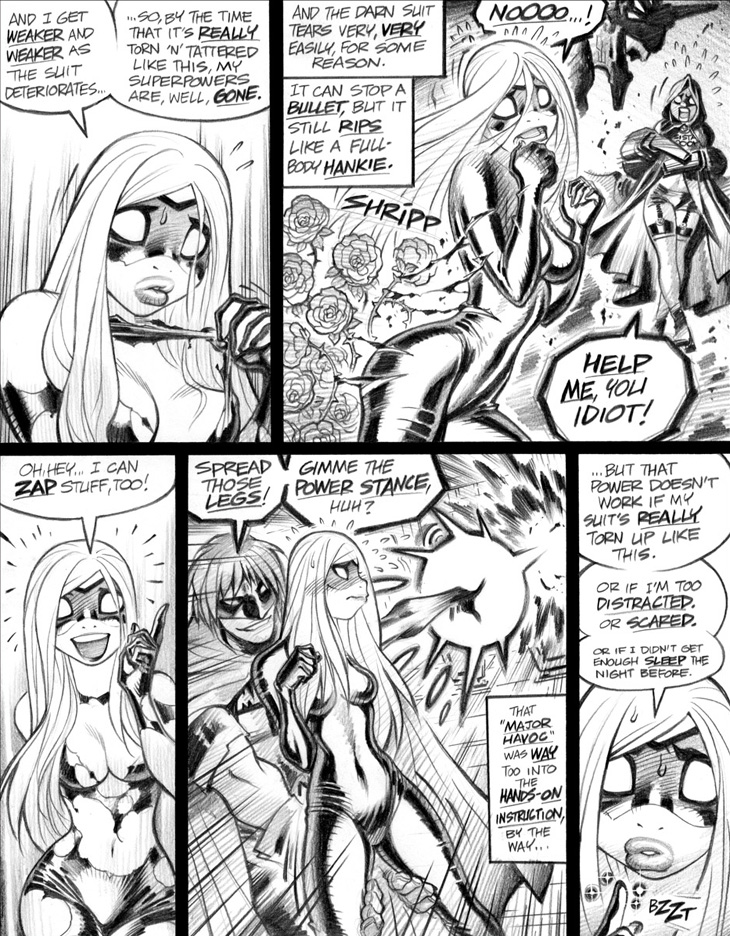 Bit of an Evangelion feel to the shadowy mecha in panel 2, don’t you think? Glancing at this panel, I’m vaguely disappointed that further Eva-style critters haven’t often appeared in this series. Note also in panels 2 and 4 that, to be honest, Emp’s supersuit is kinda boring and unremarkable when it’s fully intact, which is why I so often default to drawing the hypermembrane as tattered and torn, to add at least a wee bit of visual interest. Gotta say, I really wish I’d spent more time with some—or, really, any—design work on our heroine’s supersuit before the series started. Then again, when the series started, I truly had no idea whatsoever that this handful of goofy jokes would ever conceivably end up becoming an ongoing series.