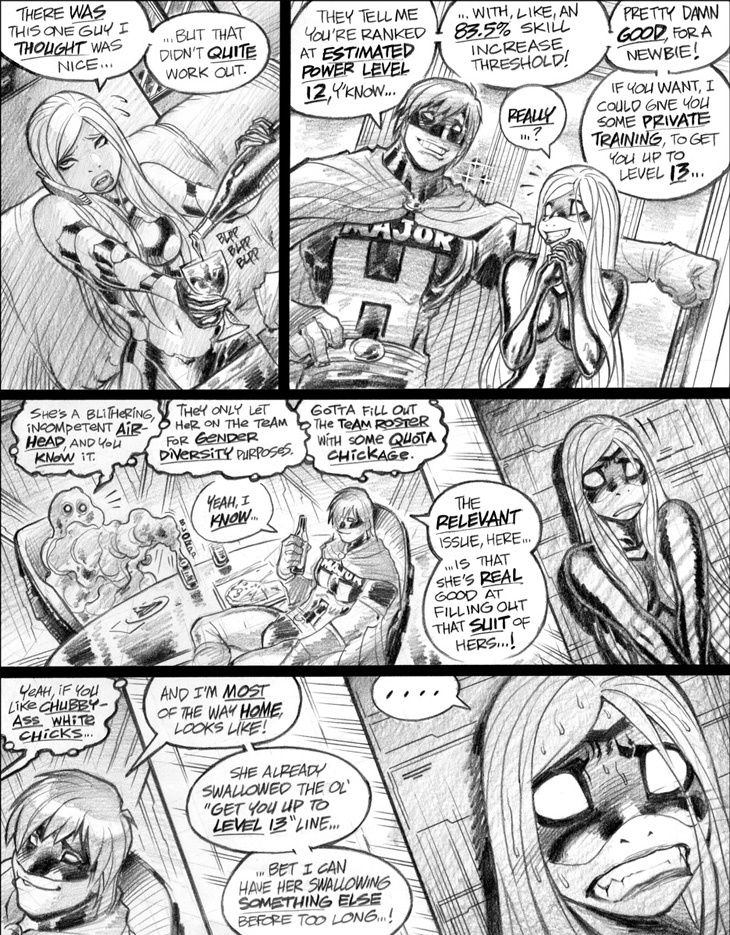 Panel 1 first depicts Emp in the act of “merloting,” as her red-wine binging will later be labeled (in verb form). Panels 2-4 begin to seriously show that Emp’s teammate, Major Havoc, turns out to to be quite the douchebag—or “douchecape,” a term for jerk-tastic superhumans that I wouldn’t coin for another few volumes. So many firsts in these early Empowered stories, folks! Plus, looking over said panels, I’m vaguely startled to remember that numerical ranking of power levels was a concept I’d considered back in the series’ early days—and then dropped entirely, as I plumb forgot about this page. Oops!