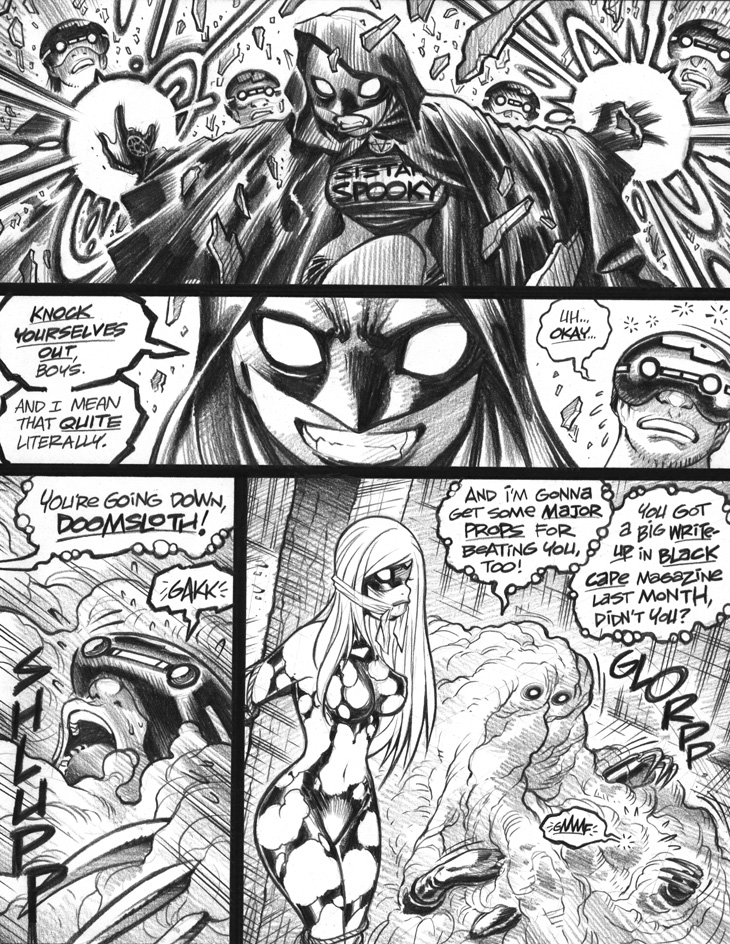 In panel 4, Protean’s reference to the magazine Black Cape was a throwaway line that, in retrospect, begged a few questions. I originally intended that title to imply a magazine oriented towards supervillainy but, in retrospect, said title might be more appropriate for a periodical covering African-American superheroes. (Of late, I’ve occasionally trotted out the marginally less unclear euphemism “Dark Cape” for supervillains, as in “the Dark Cape Awards” referred to in an upcoming Empowered one-shot.) This set up the amusing possibility that Black Cape magazine might have a hero-oriented sister publication named White Cape, a title which would be possibly even more prone to problematic assumptions and misunderstandings.

Also in panel 4: That’s a rather wonky Emp figure drawing but, hey, let’s see how well every drawing of yours from 11 years ago holds up, okay?