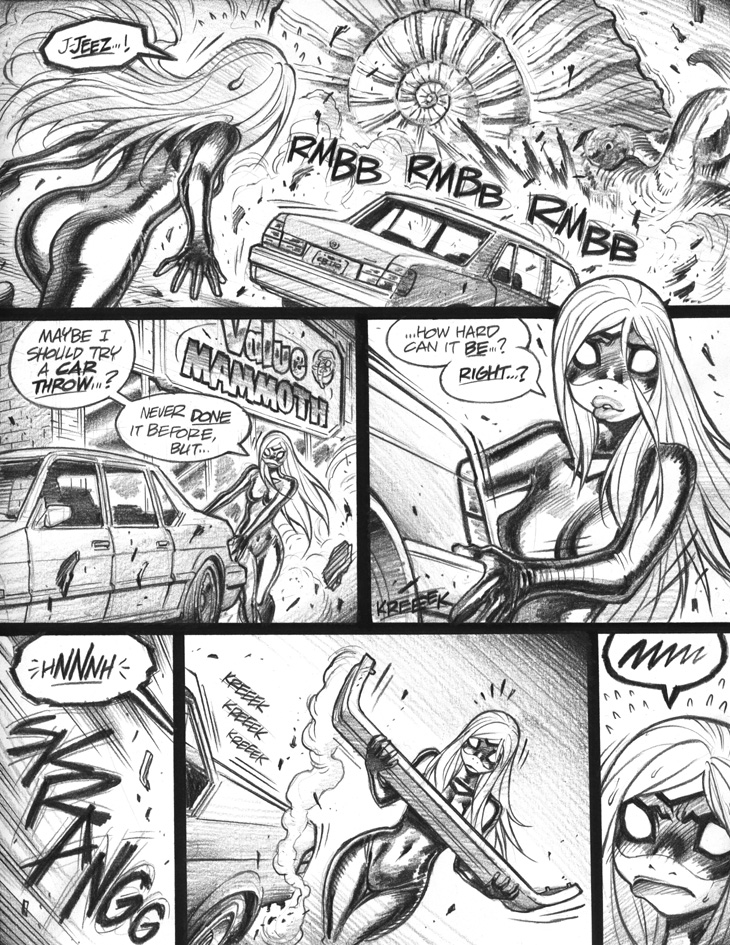 I’ve long planned for panel 1’s gigantic nautiloid to make another appearance in Empowered, but the Brobdingnagian beastie enjoys little more than a glorified cameo in vol.6 . My condolences, gigantic nautiloid.

Panels 2-6 feature one of the first installments of what I’ve dubbed “'Um, Actually'  Superheroing with Emp,” in which our annoyed heroine wrestles with the mundane drawbacks of common cape-comic tropes. Here, she must overcome the tragic reality that automobiles were not designed to be easily picked up by the superhumanly strong. Okay, sure, poking fun at a perceived lack of realism in a fantasy scenario light-years removed from any but the vaguest hint of reality is rather akin to shooting fish in a barrel, but what the hell… (Plus, “um, actually” side note: Due to issues of light refraction and projectile slowdown in a watery medium, shooting fish in a barrel would be considerably more difficult than the simile might indicate.)