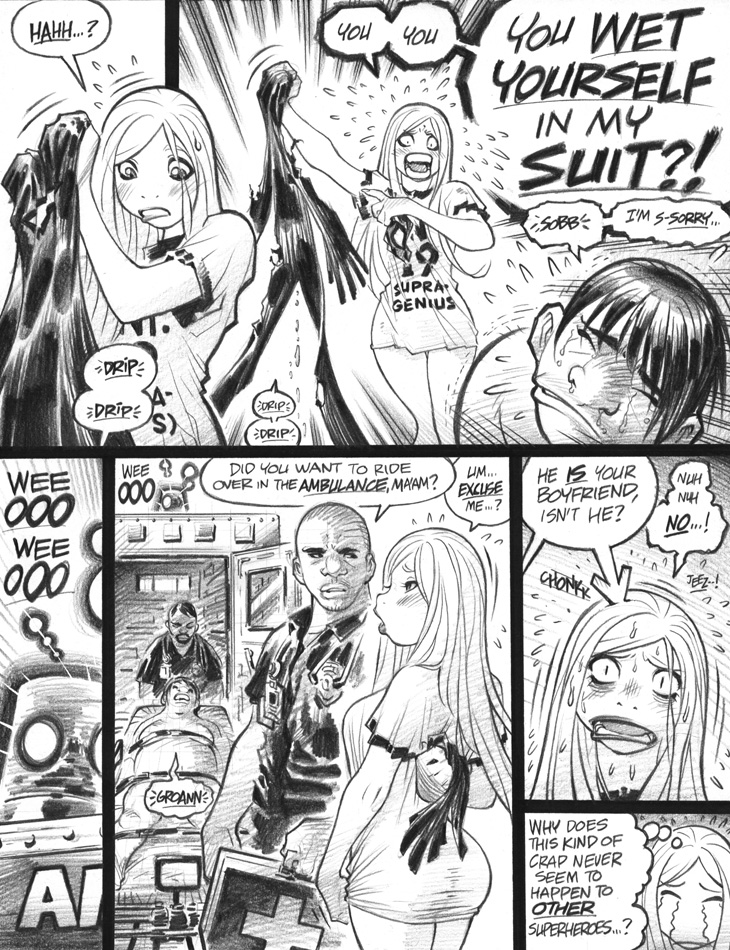 Panel 4’s admittedly wonky ambulance background is a good example of why, in general, one-point perspective is often a bad idea for comics artwork; best to use it sparingly and only with great care, IMHO.

I quite like panel 5’s “word-balloon arrow poking Emp’s head” visual joke, a riff cribbed from countless humor-oriented manga. I’m honestly unsure why I’ve only rarely used this image since, despite many similar moments of chagrin on Emp’s part; then again, given the sheer amount of crap our beleaguered heroine has to endure, she’d likely be constantly poked by such disagreeable word balloons.