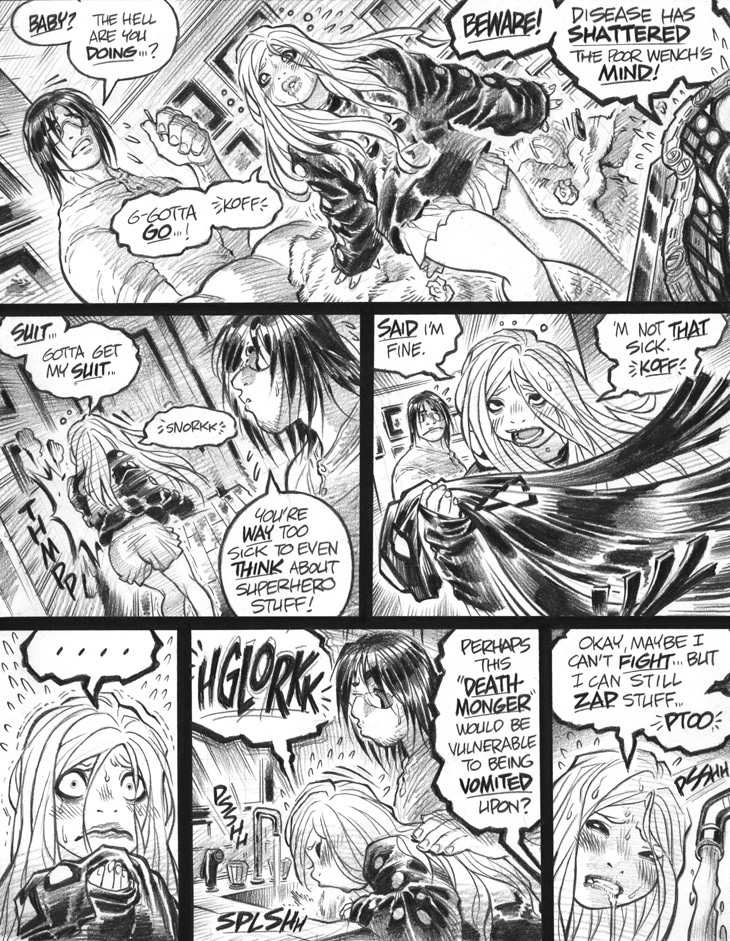 For reasons I cannot quite explain, panel 1’s “Beware! Disease has shattered the poor wench’s mind!” is easily one of my favorite Caged Demonwolf lines from these early stories. Looking back over Empowered vol. 1, gotta say that I kinda prefer this older approach to his dialogue, as contrasted with the more verbose, alliteration-intensive and vocabularily abstruse speech pattern I used in latter volumes. This era’s Blazing-Eyed Devilgoat ranting is a bit more straightforward and easy to follow, whereas his baroque and fustian dialogue of later volumes became a polarizing issue for a fair chunk of the series’ readership—who either really, really loved or really, really hated his speechifying. As of more recent Empowered installments, I’m deliberately reining in the Demonwolf’s verbosity and alliteration a fair bit, though I’m still fond of the occasional fairly obscure vocabulary term—as the previous sentence’s use of the word “fustian” might hint.