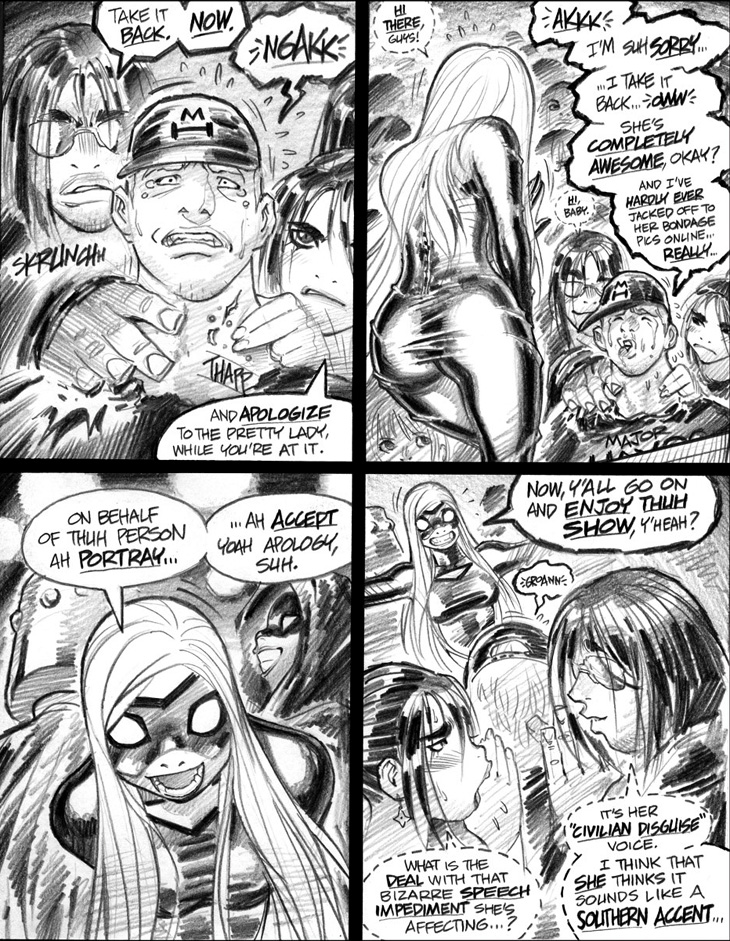 Note, in panel 1, how you can see the yin-and-yang cartoony extremes of how I draw human hands. At right, Ninjette’s hand looks more or like that of an actual human, while Thugboy’s hand at left features giant, comically squared-off fingers ported almost directly from a Jack Kirby comics page. (Then again, Kirby really was my first and possibly most important influence as a very young artist, so maybe this shouldn’t be too surprising.)

Must admit, I find Emp’s Godawful attempt at a Southern accent far more amusing than I probably should. Ah, but to once again quote Craig Ferguson’s great line, “I made myself laugh, and that’s half the battle.”

I myself am a native New Englander, but am vaguely disappointed that my speaking voice apparently sounds like that of a fairly generic Northeasterner, lacking a specific regional accent such as the dry rasp of a “Mainuh” or the booming blare of a “Masshole.” Tragic, really.