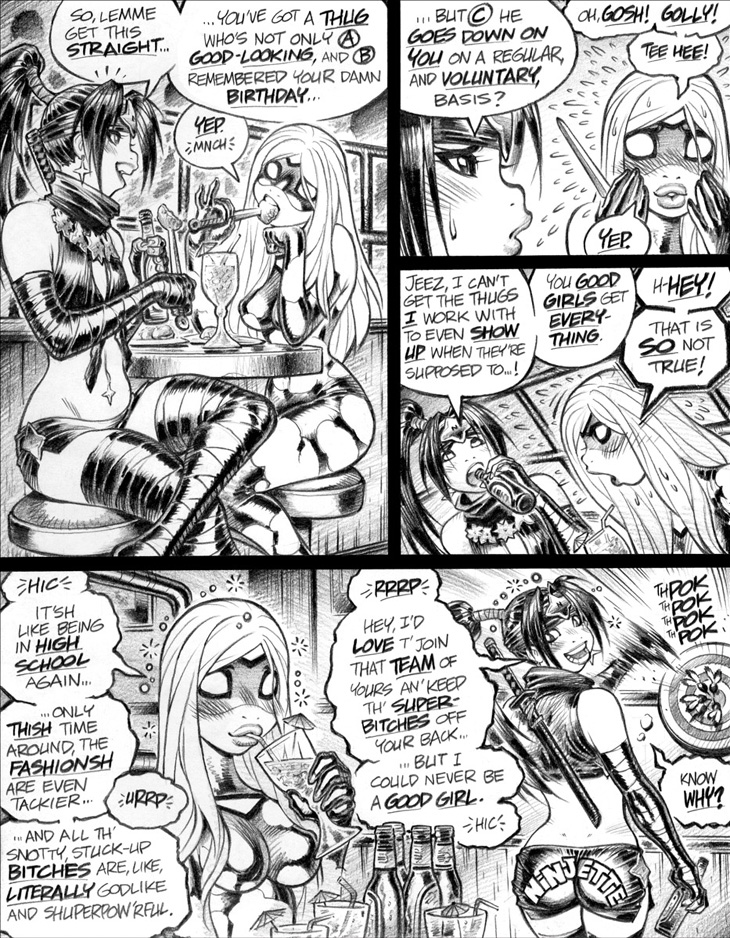 Note that panel 1’s reference to Thugboy remembering Emp’s birthday implies that a fair amount of time has already passed in order for him to do so. The interesting thing, here, is that entire months appear to elapse during Empowered vol. 1, which is a rate of time passage very, very different than the dramatically shorter timeframes depicted in later volumes. (Empowered vol. 9, for example, essentially takes place during a single day.) In fact, I’m reasonably sure that more time goes by during Empowered vol. 1 than elapses in all the rest of the series so far! (The point being, in later volumes, that superheroes lead extraordinarily eventful—and, often, brief—lives.) The freewheeling and carefree nature of the early series, it seems, even extended to the amount of time I casually allowed to pass between its stories.